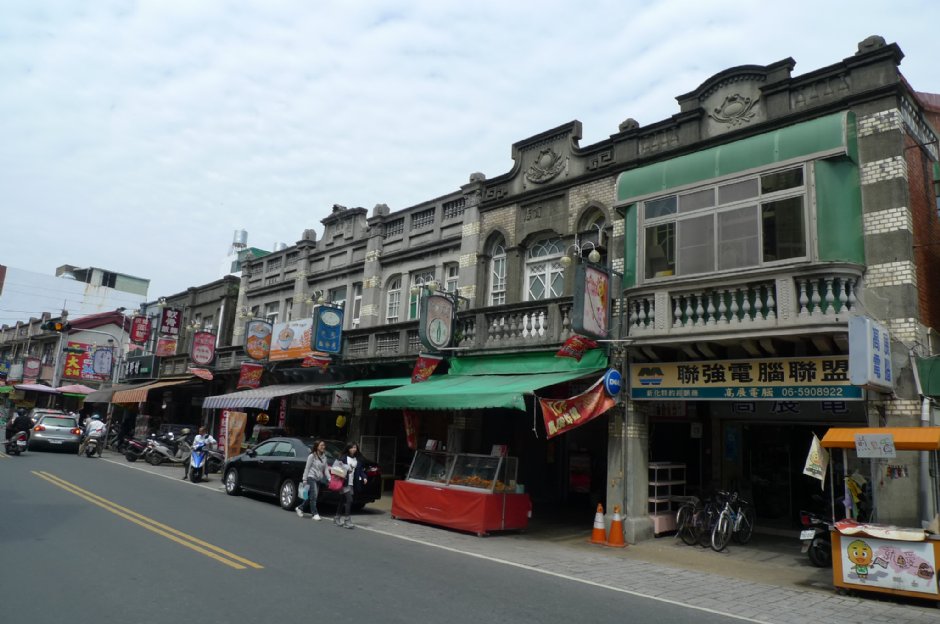 Tainan Xinhua Old Street is an important business hub during the 1920s due to the wholesale fruit. Xinhua Old Street is located in Xinhua District on Zhongzheng Road near the intersection of Zhongshan Road. In 1921s, a wealthy man Mr. Lin who owns the clothing business began the construction on the west side of the Zhongzheng Road. East side of the street began its construction later on, so the locals distinguish between the west and east side of the street by its completion period.

The Baroque-influenced style building was the most modernized architecture during the Japanese occupation period, and you would be able to see these buildings along the Xinhua Old Street. The buildings have remained nicely with decorative patterns and carved designs over the years. If you appreciate the cultural history, you would be able to enjoy taking a stroll on these streets.

Nowadays, Xinhua Street is one of the touring spot in Tainan with many decades old shops. On the usual days, the street is quiet and still when the Spring Festival a.k.a Chinese New Year near, this street will turn into a crowed and active Chinese New Year Goods Street. From New Year decoration, gift sets, dry goods, snack, all sorts of rice cakes to agricultural products you will be able to find it all on the street. Moreover, Tainan City Hall will also hold many great spring festival events during the Chinese New Year on this street. If you want to experience the culture and festive events, you should definitely come to check out then.