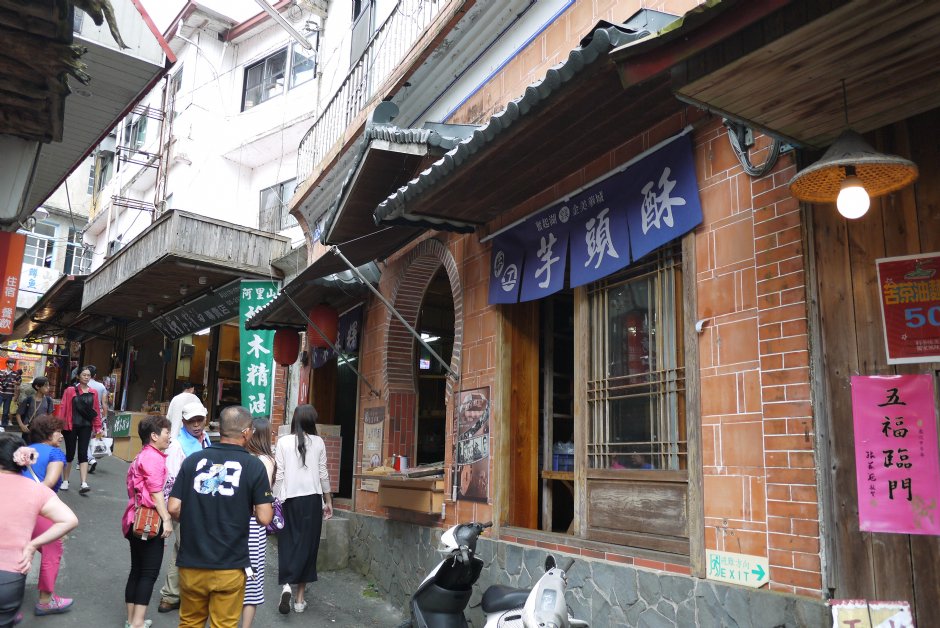 Located in Chiayi County, Taiwan, Fenchihu is located 1400 meters above sea level and was once a refuel middle stop for the old Alishan forest trains. It is now a stop for travelers to take a rest on the way to Alishan Forest Recreation Area. Houses in Fenchihu are built accordance to hill slopes with a 500-meter long old street below the train station. Ahead of the developments of Alishan railway and roads, various shops and vendors had settled around this area, Fenchihu is considered as an old century street and various restaurants and souvenir shops can be found here. Due to the prosperity of tourism in Fenchihu, this old street with the highest elevation in Taiwan has become one of the must-see attractions when traveling to Alishan.

Fenchihu Old Street brings visitors to go through a unique antiquity trip, and experience travel through a time tunnel. Due to similar landscape with rock slope paths layers by layers and history background to Chiufen, Fenchihu is known as the Chiufen in Alishan. It is notable for its Old Street, bamboo trees, and lunch boxes. At Fenchihu, visitors may find various specialties such as pastries, tofu, Aiyu jelly and many other local delicacies. In addition, traditional aboriginal clothing, toys, photographs, and old commodities are also for the enjoyments of your Alishan travel.

In the southwest of Fenchihu Station, amazing sceneries of hundreds of bats can be seen. During spring and summer, a large group of bats nest here, and form a fantastic view! For adventurous visitors, they may challenge rock-climbing here at the Hero Cliff, which is a three dimensional cliff with gradients of sixty to ninety degrees. In addition to amazing sceneries and delicious local snacks, there are sixteen significant scenic spots include shrine in Japanese style, lumber, cake workshops and many more. Come visit Fenchihu for a cultural Taiwan travel!