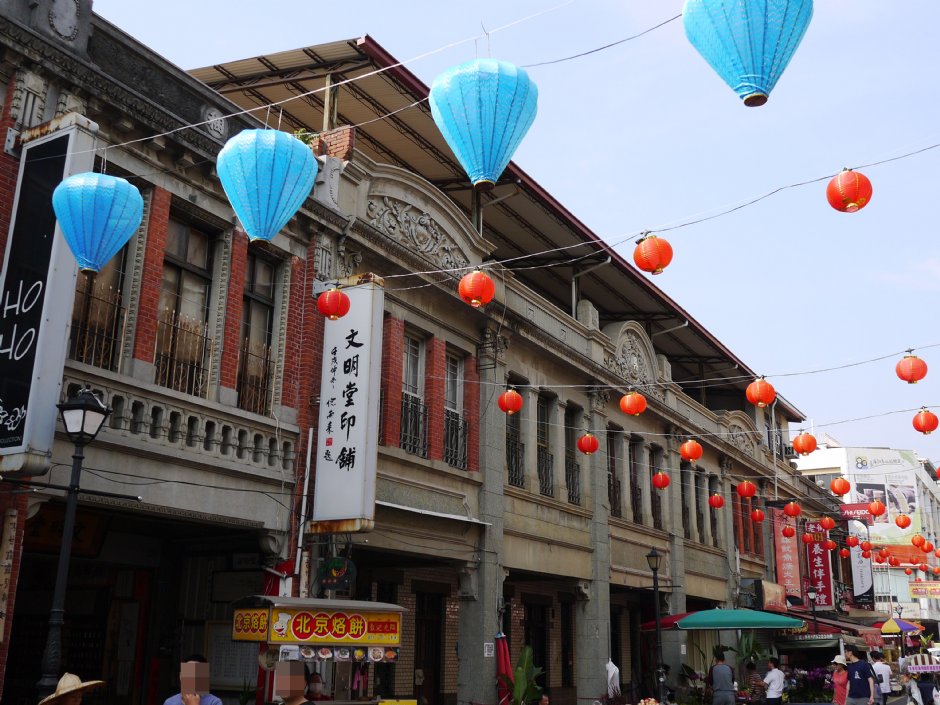 Cishan Old Street is located in Kaohsiung. Former name Fanshuliao Street or called Hondori Street was built in the Japanese Colonial Period. The street stretches out from the Cishan Railway Station. Sugar business was once prosperous in the area. The buildings are mainly built by stones and red bricks in Baroque architecture featuring the round stone arches. After years and urban remodeling, the original states of the structures are not at its best, but you can still have a glimpse on the history. Especially on Fuxing St. and Zhongshan St. is where Cishan Old Street fascinates the people with the old times.

The overhangs of storefronts are one of the main features in the old street architects. 31 stones and 15 horse shoe shaped stones consists a round arch with a keystone insert finally on the top, is a unique method used in the Renaissance period. The pillars on two sides are also piled with stones and not bricks or concrete, where you can still examine the original milk-white or yellow-white color of the stones. The corners are the main events of the old streets. The wall of the overhang divides into 3 radioactive shaped stone arches to support the wooden beams and the tiles. The structure is so steady and strong, the building method is used around the streets in Cishan. It is now the only place with an arcade of stone arches in Taiwan, significantly differ Cishan with other old streets.

A few historical old mansions still reserved on the old streets like the Wu’s, Hung’s and Zhuang’s. The Wu’s Old Mansion was owned by the former Wu’s banana farmers, it was the most luxurious at the time. The Hung’s is another representative building. It is designed in Chinese style rather than the Baroque architecture like everywhere else in the area. The Hung’s stood out for the superior Feng Sui and landscape design. It’ has been the architectural landmark of Cishan, Kaohsiung.

The Cishan Park, original name Gushan Park which is located on the hill of Gushan, has a spectacular view from the mountain. The Confucius Temple in the park attracts tourists with the large ceremony on Teacher’s Day.