National Day of the Republic of China which is known as the Taiwan National Day or Double Tenth Day is to commemorate the 1911 Wuchang Uprising, a milestone of China’s politics development and a new chapter in the history of the Chinese which led to the collapse of the Qing Dynasty. On the 10th of October each year celebration and official ceremony are held around Taiwan. The major official firework event will only hold by one city, but the other cities will proceed with its own celebration and activities.

During this important day of Taiwan, both local and oversea visitors and honored dignitaries from all over the world gather in Taiwan to celebrate and show their respect for the nation. As a tradition, routine celebrations are planned in front of the Presidential Office Building. The celebration ceremony begins with the raising of the flag and national anthem followed by a military parade. The climax of the day is when the President of Taiwan addresses the Presidential Address made to the nation followed by a series of performances by local celebrities and groups. Visitors may also find Taiwan flags fluttering on the major streets and roads of Taiwan during this period of time forming a colorful scene.

The military parade for the Celebration Ceremony is to show the martial spirit of the armed forces in full regalia during the military review. The public parade is inclusive of shows performed by representatives of different fields along the way. During the evening, splendid National Day themed fireworks would be displayed for several hours as finale to wrap up the birthday celebrations that turn the sky dazzling and colorful over major Taiwan cities representing the bright and colorful future of Taiwan.

The National Holiday in Modern Taiwan

The Double Tenth Day or Taiwan National Day is now celebrated as a holiday. The holiday often align with the weekend and it became a long weekend. Therefore it is often a opportunity for the people to take a short vacation out of town. The renowned attractions are often packed visitors as well as the crazy traffic jamming throughout the famous tourist sites. We suggest tourist visiting Taiwan at this time avoid the long distance traffics and simply just enjoy the city. 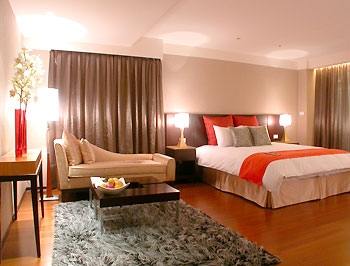 Aqua Bella Hotel is a trendy, elegant hot spring hotel in Taipei. It offers fashionable rooms decorated with Italian style to create a comfortable and noble ambience. AquaBella Hotel also has convenient transportation. Nearby attractions include...