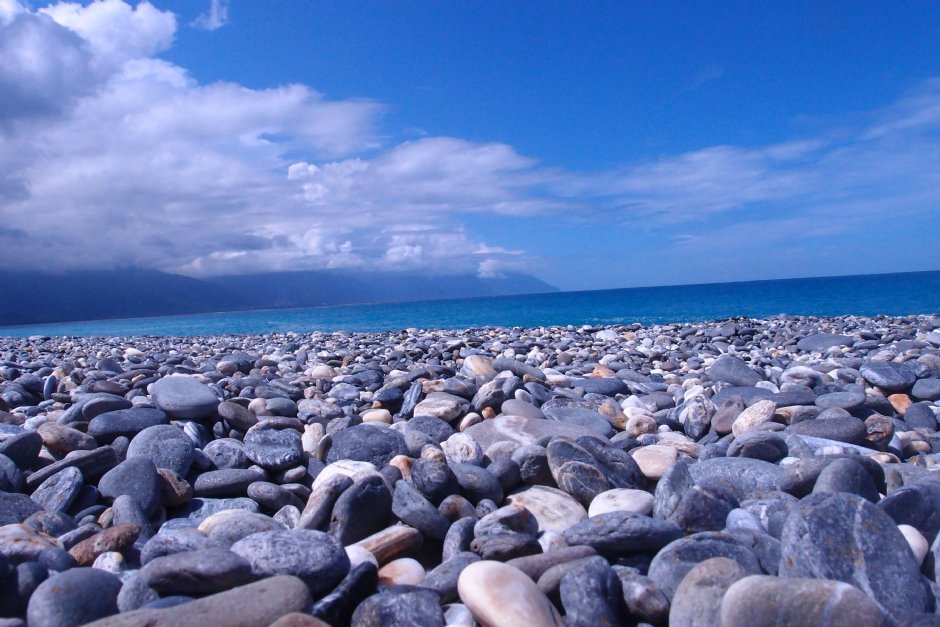 Located in Beipu Village of Xincheng Town in Hualien County, Taiwan, Qixingtan is one of the most popular beach sightseeing spots of Hualien for it lies at the tip of a crescent bay offering extensive sceneries overlooking the Pacific Ocean. Qixingtan is consisted of a scenic area, geological area, the Katsuo Museum, as well as a stargazing observation area allowing visitors to have a wonderful experience stargazing by the sea.

Qixingtan Scenic Area was comprised of different size wetland lakes back in Qing Dynasty until 1936 when the Japanese started the construction of the airport along seaside during the Japanese colonial period, they filled the lakes and moved the locals who called themselves Qixing people to the other side of the sea bay.

Today, Qixingtan is not just a scenic area for recreations, but also an important area for seafood as there are 3 fisheries in Dongchan, Chaojing, and Jiafeng. With 3 fisheries in the area, Qixingtan Scenic Area is also a good place for ones to savor fresh seafood.

Qixingtan is also consisted of a 21-kilometer long bike trail that stretches from Nanbin Park through Nanbin Harbor, a stone sculpture park, stargazing area, as well as children’s playground offering a nice place for one to enjoy extensive ocean views while surrounded by a complete set of recreations. Also, Qixingtan is a popular place for collecting stones.