Updated: 2014/6/4
The event has ended this year.
2013 Kaohsiung Zuoying Wannian Folklore Festival is a historical and cultural event that held annually in October in Kaohsiung. Travelers may expect to observe distinguished and meaningful ceremonies pass down from Ming Dynasty. 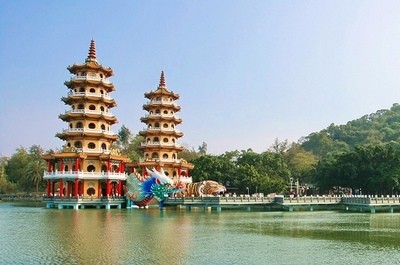 Kaohsiung Zuoying Wannian Folklore Festival is to be held every October at the area of Lotus Pond of Kaohsiung Zuoying District, Taiwan. The name of the festival has a historical significance, as Zuoying was the capital of Wannian County in late Ming Dynasty, which was the first area of Kaohsiung to be developed. The festival was originally a religious celebration at the local temples for the birthday of God of Medicine, and is now a ceremony to bring blessings to the people and to introduce the historical, cultural heritage and the development of Zuoying. The Wannian Folklore Festival was first conducted in 2001 with its most distinguished activities, the good luck “fire lion” and has become a national event promoted by administrative organizations in 2005.

Various performances and activities of the festival will be prepared by local residents to showcase the local aesthetic culture and folk custom, such as attacking the city’s old gate by bottle rockets, fireworks, and Taiwan dance. Yet, the highlight of the Wannian Festival will be the fire lion and parades through the streets of Zuoying; the fire lion which is made of bamboo and paper with firecrackers wrapped around all over. It will be set on fire with notes that people has written their wishes on symbolizing the fire lion would bring along the wishes up to heaven and all the wishes will come true. It will be a special scene bustling with noise and fun.

2013 Kaohsiung Zuoying Wannian Folklore Festival invites all visitors to participant in this unique, meaningful event. This year will be the 13th folklore festival in Kaohsiung, and with its reputation continues to expand, it is expected to attract a big crowd to Kaohsiung Zuoying. The venue of the festival, Lotus Pond, is the famous scenic area on the northern outskirts of Kaohsiung. The most tantalizing scenery of Lotus Pond can be seen in the late afternoon, when the sunset is reflected on the water. While enjoy the festival, tourists are suggested to discover other splendors of Kaohsiung City, including Love River, Dome of Light, Liouhe Night Market, Jin-Zhuan Night Market and Dream Mall.

Book your Taiwan hotels today at TravelKing today and get ready to discover the unparalleled beauties of this Taiwan city- Kaohsiung.