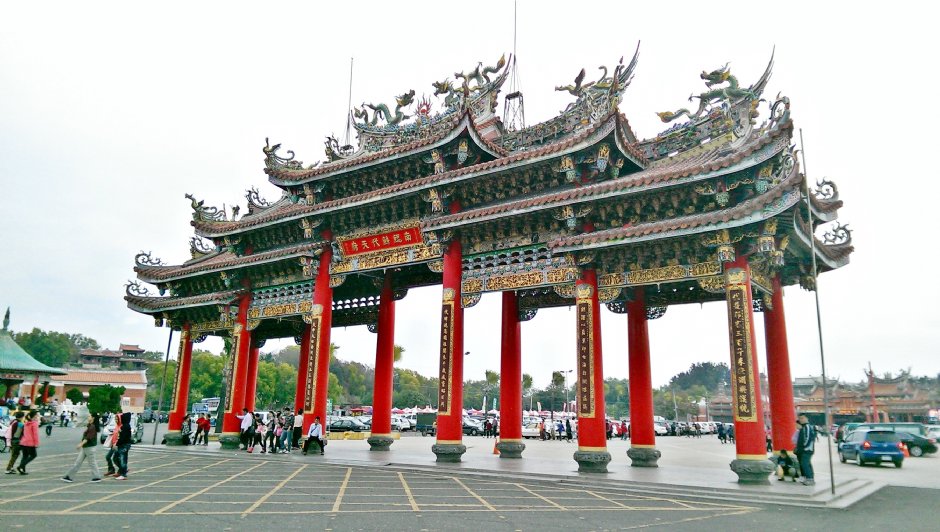 Nankunshen Temple or called Nankunshen Daitian Temple is located in Tainan City. It’s actually two temples consisted together which worship Wufu Qiansui and Wanshan Ye respectively. Legend has it the Wanshan Ye was a shepherd boy back in the Qing Dyansty who practiced Buddhist principles in Kanglang Mountain. Wufu Qiansui later came to Taiwan. They fought over the land when they both favored this location and both wanted build a temple here. Goddess of Mercy suggested they both build a temple here to help local people and so they did. Nankunshen Temple is the largest and oldest Wangye Temple in Taiwan. Rituals and events are hold on April 26 and 27 (lunar calendar) every year when the people gathers for the yearly festival.

One of the most unique traditions is the “tangi”, it’s sort of like psychic. It is believed with spiritual training, the tangi is capable of allowing the god to posses their body protecting them from physical harm. So demonstrations of the “shielding from harm” often take place live during festivals, where the tangi physically pierce and cut him selves when the god possesses his body. It may sound disturbing but it’s a tradition most people find compelling when they visit Nankunshen.

Nankunshen Temple, the compound is spacious and the building is grandiose. The magnificent Chinese style temple attracts worshippers around the island from time to time. It is designated as a class two national historical monument, a great place to experience the traditional cultural Taiwan.