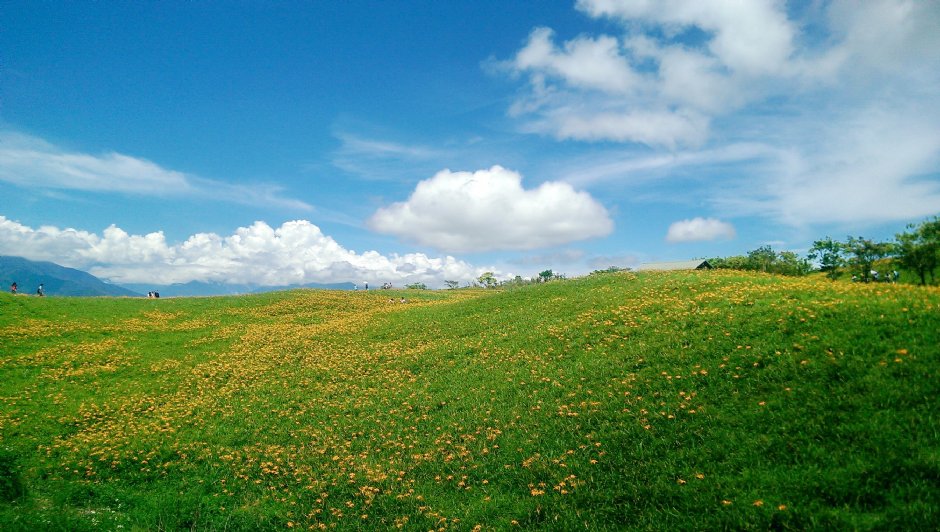 Located in Fuli town of Hualien County, Taiwan, Hualien Mt. Lioushidan has an elevation about 800 meters with steep slopes but flat land at the summit. Mt. Lioushishih is best-known for its daylily season every year from August to September.

Daylilies are a member of Hemerocallidaceae family. They are also known as the “Golden-Needled Flowers” for their golden stems and “Day Flower” for that it only takes a day from a mature bud to blossom. The golden-needled stems of daylilies are edible and the flavor is described as musky-sweet and a little earthy.

Mt. Chike and Mt. Lioushidan are the 2 major places in Hualien for picturesque daylily blossoms from August through September each year. Back in the past, the residents making their living on sweet potatoes, corns, peas, as well as pigs and chickens, until they realized that the fertile lands of Mt. Chike and Mt. Lioushishih are perfect for daylily plantation, and daylily could also be the major crop as they can be kept for a long period of time after dehydration. Today, corns, sweet potatoes, and peas are no longer seen as they are substituted by the golden daylily flowers over the mountain. There are 7 pavilions established in the names of daylily on Mt. Lioushidan offering great spots for seeing daylilies.