The British Consulate at Takow 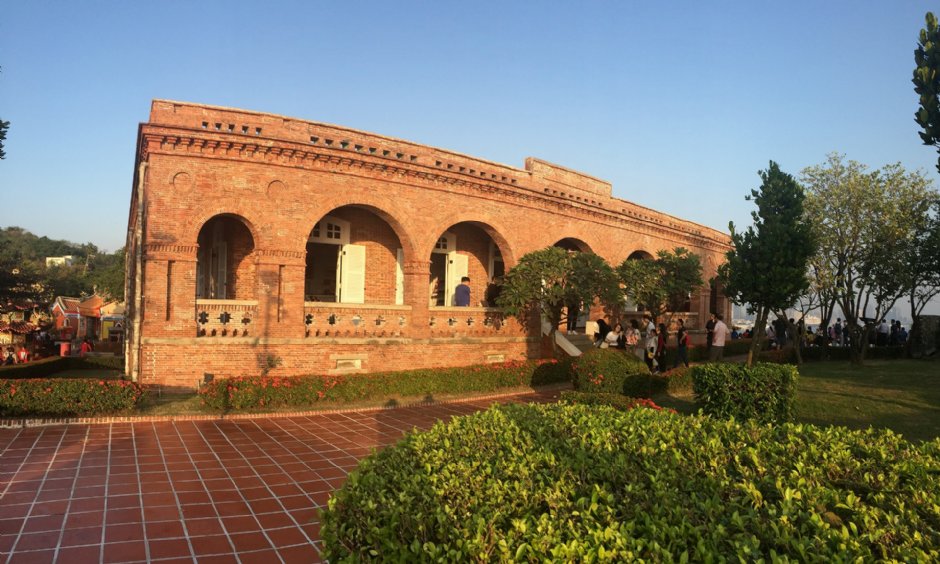 Located on a hilltop overlooking Sizihwan, the Former British Consulate was built in 1865 with red-bricked archways, displaying unique, old British colonial style architecture. This 145 year old building is now the most antique western building preserved in Taiwan which is also listed as the second-class historic spot. The baroque styled building was designed by a British engineer and built by Chinese craftsmen. During the Japanese Colonial period in 1931, the building was transformed into an Ocean observatory. The building underwent two major destructions in its lifetime so far, including a serious bombing by the American Air Force during World War 2, and the powerful Thelma Typhoon in 1977. It was later renovated in 1986 while being classified as Class two Historic site by the Kaohsiung City Government and ordered the Bureau of Cultural Affairs to administer the maintenance and operation of the British Consulate Building till today.

Today, the “Former British Consulate at Takao”’s interior is divided into four sections where historical documents, photographs and items from the old days were displayed. With fireplaces in the dining room, the studio and the bedroom, and a basement used as storage room, displaying a strong sense of British style building. There is also a historical trail that connects the Consulate building on the hilltop to the office building by the harbor. Outside, the building faces two spectacular views including the view of Sizihwan and outlooks over Kaohsiung Port on the other side. Visitors can now enjoy a meal or a cup of coffee within the building as recently leisure and dining areas have been added.

Visitors not only get to enjoy the panoramic view of Sizihwan, the sunset in the Kaohsiung First Harbor and beautiful scenery of the port city, but also various Kaohsiung attractions nearby, such as Shihba Wanggong Temple, Shaochuantou Park and Cape café. So don’t miss out on this one and only, British style experience for your Kaohsiung travel.

Closing day:
1. Close for maintenance every Monday.
2. Open as usual on national holidays except Lunar New Year's Eve.
3. Kaohsiung City is closed for business days (such as typhoons or natural disasters).