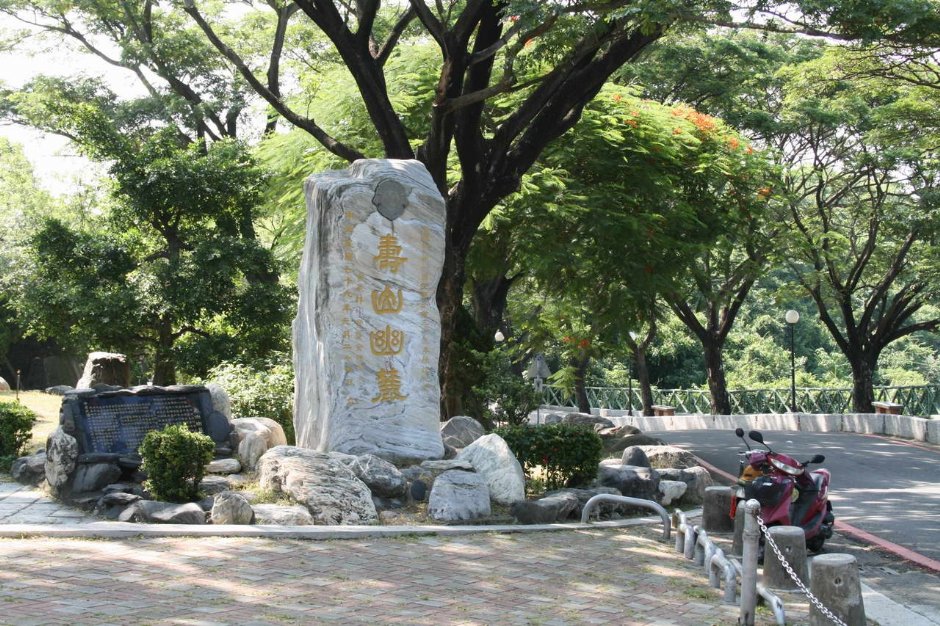 Originally named Unicorn Mountain (Chiling Shan), Gold Burried Mountain (Maichin Shan), Beat-the-dog Mountain (Tagoa Shan) or Druming Mountain (Takoo Shan), Shoushan has the meaning of longevity mountain. Longevity Mountain (Shoushan) Scenic Area is situated near the coast of Kaohsiung. Up on the mountain, there are several attractions appealing the visitors from different areas, such as gardens, parks, temples, the Martyrs shrine, zoo etc. There are three entrances can access to the mountain. The south entrance is next to Shoushan Zoo. Walking along the pathway, visitors may find the limestone cave areas which feature magnificent crystals of stalagmites, milky stones and stone pillars. The Shoushan Zoo is also popular among families with children. It collects more than 100 species of rare and common animals from all over the world.

The other two are on the north end; one is by the parking lot next to Gushan Senior High School and the other is next Longcyuan Temple on Gushan 3rd Road which the most popular one. The north entrance is heading to Tzaishan Nature Park. The north area was military terrain and was opened to public until 1989; hence, Tzaishan retains complete and original eco environment, as well as Formosa Macaque Conservation Zone.