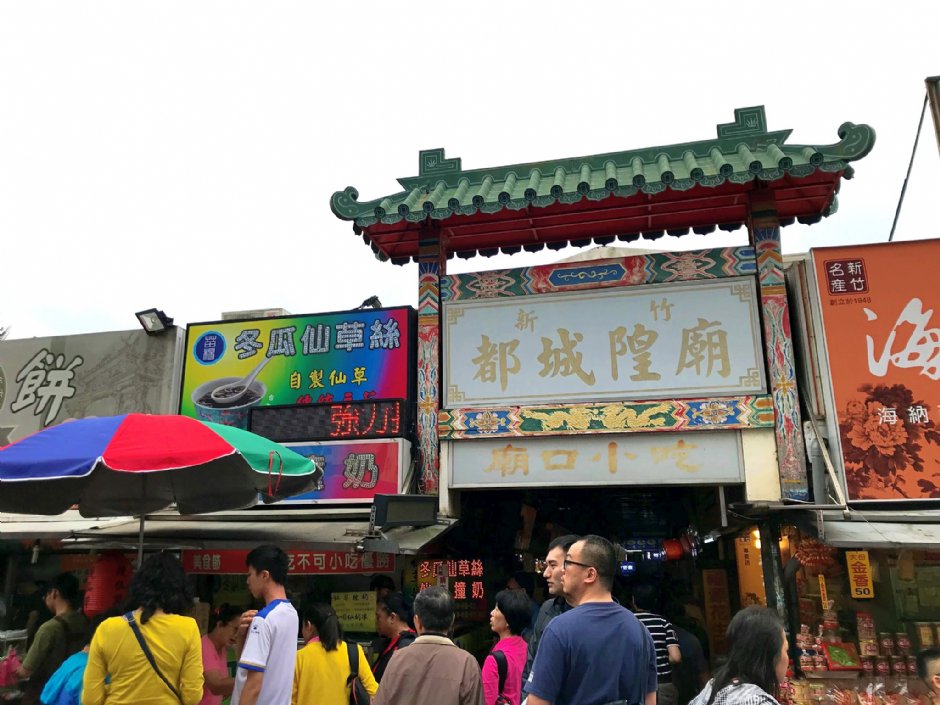 
Hsinchu City God (Cheng Huang) Temple
Located on the corner of Zhongshan Rd and Dongmen St, Hsinchu City God (Cheng Huang) Temple is known as the highest-ranking of all Taiwan City God temples. Completed in 1748, Hsinchu Cheng Huang Temple is renowned as Tier-Two historical site with flourishing incense and many Taiwanese snacks in front forming a vivid scene. It is a Taoist temple where hundreds of colorful wall-paintings can be seen with a distinctive arched entrance structure.

Cheng Huang, the city god of justice is responsible for the final judges of each soul who die within his jurisdiction. Cheng Huang was honored “Wei-Ling Kung” by Emperor Guangxu of Ching Dynasty and appointed Cheng Huang Temple as one of the royal temples.

Each year on November 29th of the Lunar Calendar is the birthday of Cheng-Huang, which a birthday ceremony is being held on the eve of the big day through the 29th. There will be traditional parades and firecrackers. Also, on the 2nd of July of the Lunar Calendar, worshippers will gather around Hsinchu City God Temple to see some believers wearing paper-made triangular shackles on their necks for bliss and wellness. .

1. Walk along Zhongzhen Rd from the Hsinchu Railway Station to the Dongmen traffic circle, and choose Dongmen St. to the smaller traffic circle in front of First Bank. Make a left turn to reach the Hsinchu City God Temple Night Market.