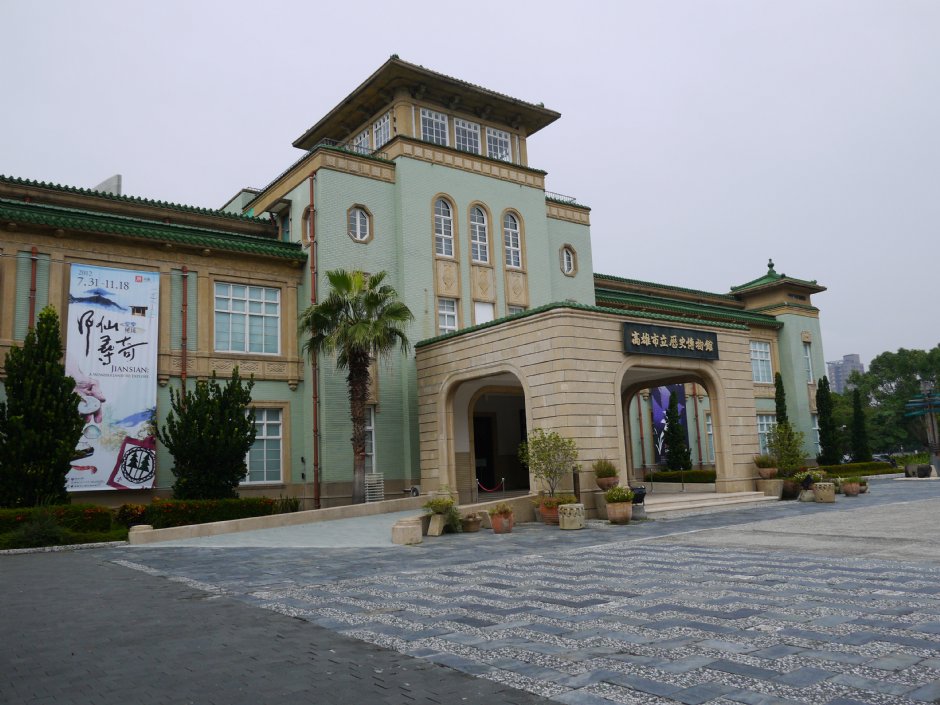 Kaohsiung Museum of History is a significant landmark in the area throughout ages. Built in 1938 during the Japanese Colonial period, it was the city hall back then. The building features Japanese Imperial Crown style, colored like military used base in light green. The main tower and sub-towers at both sides were added with traditional Japanese four sharp corner tops and tile roof. Both of the main tower and sub-towers were decorated with spire, plum flowers patterns of raindrops and Japanese chrysanthemum pattern ribbons. The walls of the building were sculpted with decorations and the windows were handicraft made. It’s a unique historical site itself alone.

Located next to the Love River, Kaohsiung Museum of History rebuilt and reopened in 1998 as a museum, is a professional museum collecting and filing historical documents and artifacts in Kaohsiung. The museum is dedicated in preserving and researching the local history. The building is still under office use, not entirely organized into museum. There are four exhibition halls, and one special exhibition use room. Mostly focus on promoting the local culture such as the history, folk arts and sometime artifacts from National Palace Museum or other museums. The Industrial Exhibition Center and Concert Hall is right beside the museum, designating an artistic and cultural significance of the area.

By Public Transportation
From Kaohsiung Railway Station
Take City bus no.1, 2, 60, 88 Get off at ZhuoYenChen Circle