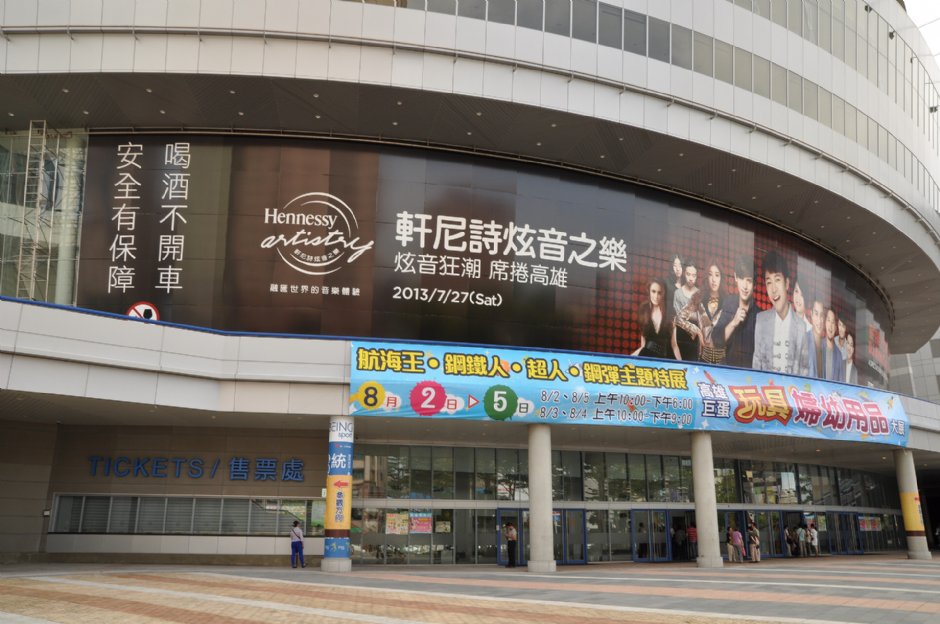 Located in Zuoying District of Kaohsiung City, Taiwan, the Kaohsiung Arena, also known as the K-Arena is an indoor sports arena that occupies a total area about 56,000 square meters with a capacity of 15,000 spectators. Opened in September, 2007, Kaohsiung Arena was first used to host some of the indoor events of the 2009 World Games in Kaohsiung, including acrobatic gymnastics, rhythmic gymnastics, dance sport tumbling gymnastic and trampoline.

Kaohsiung Arena has an open space of 6-storey-tall, with a large LED screen in the center and state-of-art audiovisual features to broadcast all kinds of business and leisure events. It is designed multifunctional for basketball, gymnastics, handball, table tennis, tennis, volleyball tournaments, as well as concerts, performances, exhibitions, conferences and any other kinds of large-scale events. Since its opening in 2009, the Kaohsiung Arena has hosted many events, including partial shows and competitions of World Games 2009, 2011 tennis exhibition tournament between Andre Agassi and Marat Safin in Taiwan (Rise of Legends), 2010 Hayley Westenra concert and many other grand events.